Dilma Roussef, Quaoar and the aspects of the progressed Sun

Transit Quaoar is on her Sun now and 3 progressed planets are in aspect with her important ('calling') Mars. I had a look at the progressions of the time when she was still an activist and to later aspects and changes. The progressed aspects correspond with the events. If you want to move directly to Astromarkt to see the article about the interpretation of aspects of the progressed Sun, click here...For the news about President Rousseff, see this link... Continue to see the complete post...

QUAOAR NOW AND MARS ' CALLING"
Transit Quaoar conjunct the natal Sun of Dilma Rousseff, President of Brazil since January 1, 2011,  is reflecting the creation of a new lifestyle. Dilma Rousseff' s progressed Mercury, Venus and Quaoar are in aspect with natal Mars. Mars is prominent, since Mars doesn't make a major aspect. When Mars is 'calling' you might expect an activist or entrepeneur, someone who is eager to make it or to act. That is correct. Rousseff once participated in the Marxist' National Liberation Command and knew how to use weapons.Very Mars! Together with Jupiter rising before the Sun, Mars-Jupiter promisses success. She might need that, because there are a lot of challenges ahead.

JAIL and SATURN-URANUS
She was captured and tortured in the early 70s, when the progressed Sun first had been square Neptune and later progressed Sun was inconjunct Pluto in 1970. The combination of Neptune and Pluto is often the combination of secret force and dangerous secrets and discretion. She was arrested on January 16, 1970 and tortured later. We see the Saturn-Uranus-Sun combination, reflecting the issue of restricted liberty and breaking free, in her natal chart.

AMBITION
With Sun in Sagittarius and Moon in Capricorn and Saturn in Leo trine Sun, we see the ambition and self respect and the talent for management. But, Sun opposition Uranus also shows alienation (I contribute that to the initial resistance of the local community to accept her foreign family and to Marxism as a member of a well to do family since 1965 (Progressed Sun quindecile natal Uranus). 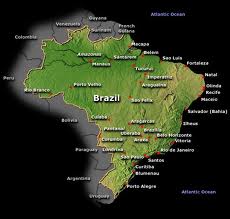 In 1985, when her progressed Sunsign was changing, she had her first political job and transit Pluto trine her natal Saturn, she became Chief of Staff in the same year that she had surgery because of cancer. Saturn-Pluto is the combination for ' die hards':) The progression forced her to be and stay in charge, even though there were difficult circumstances (see 'Managing to be in charge' about Sun-Saturn).

Once in jail, Dilma Rousseff is now nr. 16 on the list of most important persons in the world and living in a palace. No wonder that Quaoar is in aspect with her Sun! She is now a member of the elite and the people will expect and want her to change their world, to. Just one more thing: she is an economist and has the Moon in Capricorn.


LNKS
There is a new article on Astromarkt.net about the interpretation of aspects with the progressed Sun, that you can read when you use this link...  Some of the mentioned examples are on this blog Astropost:

SUN-URANUS
In the Astropost ' Statue for the enemy' I mention the effect of a progressed Sun inconjunct Uranus in the chart of a German soldier who died shortly after he rescued two Dutch children during the Second World War. At the time he was a stranger (an official enemy) who wanted to be friends with the locals and who didn't feel at home among his own folks.

SUN-NEPTUNE
With progressed Sun in aspect with Neptune, your illusions will be in the spotlights and so are your secrets. If you have Sun-Neptune in your natal chart, this moment in time might shed a light over the other side of you, the private life or the secret life (an affair, your nick name). More about it here...When Lindsey Lohan was isolated she had progressed Sun inconjunct Neptune (and more, see the post on Astropost.blogspot.com).

SUN-PLUTO
A progressed Sun conjunct Pluto marks a period of dramatic changes. It takes some courage to overcome problems. In the end you might be strong enough to start all over again or to come back. Sometimes circumstances force or encourage you to start a new kind of living. Many of the examples mentioned in the article about Sun-Pluto are examples of life in danger or in a challenging period of change. The transit of Pluto on my Sun was intense, but the progressed Sun opposition Pluto and progressed Pluto didn't have that effect. More on Astropost...