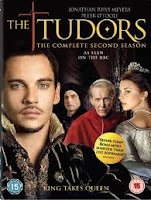 Recently seen 'The Tudors'? I can't watch it, it is just too horribly true. It is about the life of Henry VIII, nickname Bluebeard, who didn't only had two of his wives murdered, but also had many others killed, tortured and banned. And often that was because of his desires. This selfish and completely unpredictable English king didn't have an astrologer, as far as I know. But he had a chart. The chart doesn't immediately show his true character. We see Venus on Midheaven and Jupiter rising before the Sun (the optimist,the international - he spoke a few languages -). Venus and Jupiter, that is a party! And he liked to eat a lot and have a lot of wedding parties. Venus was square the Ascendant and Jupiter quintile, so the ladies loved his looks. He wrote his own music, too. Such a charming young man. And so cruel.

He became the king of England on June 23, 1509, just 18, soon after his brother died and married the woman who was supposed to be his brother's wife. In June Progressed Mercury is square Midheaven and transit Pluto is inconjunct the natal Sun (self esteem problem, too much stress, matters of life and death).  Transit Pluto had just been opposition progressed Midheaven. It is an intense period in his life.
There is a perfect trine between progressed Mars and natal Saturn (an act of duty, a matter of death). And we see transit Jupiter trine natal Moon to show us how happy the memorable moment was....It is the mix of duty, stress, death and glory that is in line with the event. He married 12 days earlier, with transit Neptune (ruler 7) inconjunct the Ascendant, with his death brother's wife (who said that the marriage had not been consumated). It seems that he even loved her for a couple of years. She was the first, but not the last and not his everything... 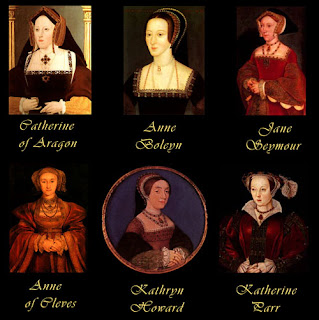 From that moment on he turned into a man abusing his power. Read it on the internet (links are here) or see ' The Tudors'.
Where is the hidden tyrant in the chart? It is in the minor aspects, as all hidden characteristics are. And it is in the circumstances (he had full and absolute power over life and death, though there was a so called judge). We see the combination of Sun, Mars, Saturn and Pluto (unnatural deaths) Mars half semi square Pluto and trine Saturn in the progressed chart (when the blood shedding started). But it is also in the natal chart. The Sun is square Mars/Pluto
Sun is 157.5 (sesquisquare + half semisquare) Saturn and quintile Mars  and 105d Pluto
That is the combination of 'unnatural death' as an issue in life. There is a long list of deaths in his name.

Also Venus opposition Mars/Saturn is not the nicest combination in love as it means death end sympathies and ending passions.  We see Venus inconjunct Pluto, tightly, for the money issue (and for intense desire at a certain price). And it were the wives who paid the price. Venus = Mars/Saturn and inconjunct Pluto.
It is not that a person has to become a tyrant and a Bluebeard with these aspects. It is that he had the chance to use the darkest sides of his personality.  The most important 'finding' is that is good to have democracies. But we don't need astrology to know that.
LINKS
English History
http://englishhistory.net/tudor/monarchs/henry8.html
Also visit: Astromarkt.net
Geplaatst door Astromarkt op 7:02 PM

There were court astrologers during the reign of Henry Tudor. (If you had watched the series, you would see that the king does consult with him on more than one occasion.)
There is a famous and beautiful astrological clock to be found at Hampton Court.

Txs Sabina! Now I'm curious if he was allowed to stay alive...:)