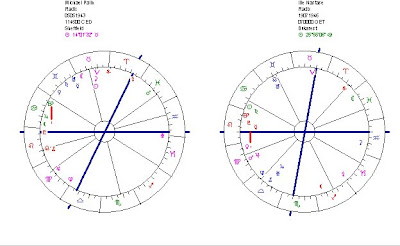 From time to time I mention that a planet is ‘calling’. Let me give some clear and simple examples.

VENUS CALLING
Do you know the song of the Golden Earring ‘When the lady smiles…’? It is a perfect symbol of Venus, calling! Venus is calling in the chart of Ilie Nastase, born 19th July 1946 at 7.00 a.m. OET in Bukarest, Romania. I’ve just heard him tell Michael Palin that he ‘had’ 2.500 women (a joke, it is not THAT much). Venus calls for beauty, diplomacy, talent and ...women.

JUPITER CALLING
But I don’t want to talk about Nastase. I wanted to say how much I like the documentaries of Michael Palin, born May 5, 1943 11:45 a.m. CED in
Sheffield. What would you expect in the chart of a traveler? Jupiter! And Jupiter is calling in his chart. I don’t have a song for a calling Jupiter. Or it should be ‘Bali ha’I’!
Jupiter calls for travelling, the international, the publisher and ...success. 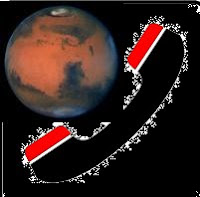 MARS CALLING
Sylvester Stallone was born July 6, 1946 in NY at 17:44 hours. Neptune is calling in his chart and he is an artist and in the movies. Mars is calling too! You can imagine why when you see Rambo and his muscles...
Mars calls for action!

A calling planet does not make Ptolemaic aspects in sign or orb 5 degrees. The examples above are not exemplary or complete. They just demonstrate ‘calling’ in my posts. It is like when the phone rings. You just have to pick up that call.
Geplaatst door Astromarkt op 8:20 PM