OBESE AND ASTROLOGY
Why we are fat and what part of the chart is to be blamed for it...

I found this lovely demonstration of evolution on a Belgian site about moving and dieting. Yes, ‘we' have grown (me, too!), but some grow faster than others do. A recent study showed that women get the shape of an apple and that we have 18 centimeters more (horizontally:) than our grandmothers had. In about 50 years the bodies of women will have the same shape as that of men (from behind). I think Ceres (see picture below) can be blamed for that. I bet she did not have 88-58-88!

Ceres – symbol of nutrition - has evolved from asteroid to dwarf planet. At the same time, people are growning and governments are more and more aware of it. Today it was published that (in the UK) schools will warn the parents when their children have extreme overweight (due to too many pizza's)!

LET US BLAME OUR CHART...
The birth chart shows your talent for growing by eating. And the birth chart gives you the keys to stop growing, too. But let's first blame our chart for the weight that we already have. Let us blame Venus, Jupiter, the Moon and the Ascendant and let us prove it! There are enough examples. And on the bottom of this post there is an advice that will motivate all star signs in their own way.

Blame VENUS, for all the nice and sweet things in the world
The planet Venus makes things pretty, nice and sweet. Do you love sweet things too much? You might have a conflict with Venus in that case. Venus is also the planet of love and affection. And if you need love and affection, but you don't get it, there is an easy way to sooth the desire with sugar. A conflict between Venus and Jupiter points at too much sugar. And when Venus is afflicting the Ascendant, you not only look 'too sweet' but you also use to much sweetness or make-up. Examples?

It is OK to be fond of nice and sweet tasting things, but when it gets fat...That is when Jupiter comes around. 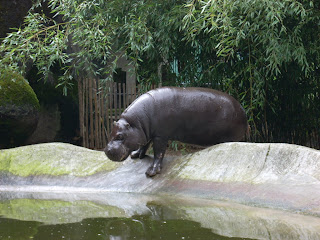 Blame it on JUPITER, the one that makes you fat
Jupiter is the symbol of everything that is great, big and fat. That is because Jupiter is the biggest planet in our solar system. Astrology sometimes has simple messages:) Jupiter rules fat, progress and fortune. In many cultures, up till today, being fat is a good sign. That is the positive side.

When Jupiter is conjunct the Ascendant, in the first house or afflicted by Sun, Moon, Venus or Ascendant, there is a chance that you get overweight. This is especially so when Jupiter is in gluttonous sign like Pisces or Cancer. There is a slight chance that being fat won't harm you. In that case there is no affliction, just an aspect. Or should it be more easy to gain weight? Do you want examples? 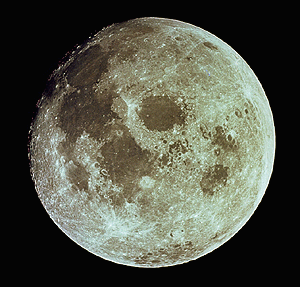 Blame it on the MOON for greed and habitsYou don't get fat just like that. You have to work for it. And the activity it takes is: eating, a lot of eating! Do you like sweet food (Moon-Venus) or do you like to eat a lot (Moon-Jupiter) or do you have a problem with food (Moon-Pluto)? Do you have the Moon in a sign that makes you round (Cancer or Pisces) or large (Leo or Sagittarius)? It might be that your Moon is excessive (Scorpio) or the Moon is in a sign that like to have a kitchen filled with food (Taurus)? If any part of the chart can be blamed, it is the Moon! Examples:

For more about the Moon, food and diets, see the article on my site Astromarkt...

Have you got the ASCENDANT in the right rising (...) sign?
You cannot help it when you have an ascendant that makes you fat. Blame your ascendant Pisces, Cancer, Sagittarius or Leo if you like to show off your wealth (Leo), feed yourself (Cancer, let yourself go (Pisces) or simply grow (Sagittarius). Especially when Saturn does not help you at all!

Hitchcock, Hardy and Queen Wilhelmina have an Ascendant Pisces
Pavarotti has an Ascendant Leo and Ustinov Ascendant Cancer
Sarah Fergusson*) and William-Alexander have a fanatic Scorpio Ascendant (so they can also slim to the edge!)

AND IS IT COINCIDENCE THAT AN EXTRA SYMBOL OF NUTRITION, CERES, HAS BECOME MORE IMPORTANT IN THE LAST YEARS?
Ceres, the dwarf planet is the symbol of nutrition. Ceres is close to the Ascendant of Oliver Hardy, opposite Venus in the chart of Roseanne Barr and Elvis Plresley and on top of the chart of Churchill. So Ceres was active all along, but now she is being taken serious!

CONCLUSION
It takes an accumulation (...) of indications in your chart to grow real fat. And it is not just caused by eating. Not moving (for example when you sit and watch this screen, like now) is very helpful, too.
How to diet? See the moon diet on my site Astromarkt! Or use the Saturn in your chart, see how you get motivated (Mars, Sun). Even with the Moon in Pisces or Cancer there are other ways to feel happy (watching movies, visiting family). Or just do as you please (Venus).


PART II
For every sign there is an option and a goal to stimulate you (if you like:).

ADVICES FOR THE SIGNS
Aries
To get the bus in time: be active, do sports, do it alone!
Taurus
To have enough space to have some extra later: sleep more and move without pasture.
Gemini
To get in contact with others, do a game! Or just start walking outside...
Cancer
To save money, buy less! And drink a lot of water.
Leo
Consider it a game, win the race to loose weight and start showing off!
Virgo
To serve yourself, just diet. Then after a few weeks time, take a look in the mirror and enjoy the results (if you can:).
Libra
Buy a good balance, to be in balance, but whatever you do, do it together!
Scorpio
To show how drastic you are, be strict, fanatic and inflexible and get in control!
Sagittarius
To be able to coach others, find your own best method, more likely a flexible one:)
Capricorn
Just be economic and save energy by eating less. You know that food don’t last.
Aquarius
Do the latest diet to show the world that they can do better, too. Don't push it too far so that you have a safe return back on earth.
Pisces
Sacrifice yourself for the mirror’s sake! Swimming does not make us slimmer, but as long as you swim, you cannot eat. That goes for dancing, too.

You don't have to take it all that serious. And I am not making fun of it. Eating is a serious thing. So is growing fat. My contribution to less fat in the world can only be: less sitting and writing. I will try to beat THAT addiction:)

*)About the match Sarah-Andrew.... Sarah, BTW, is now a representative for the Weight Watchers!