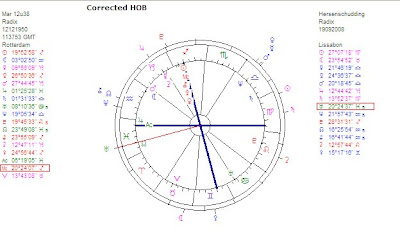 Uranus for shock or 'shriek'? That is true! Personal examples? Here they are. Old ones and a recent one. And I have over a hundred examples of other persons, too, if you like.

TIME CORRECTION WITH URANUS
In times of tension, transits of Uranus have presented themselves strong enough to be able to do a time correction for my chart.

2. With transit Uranus exactly square my Sun lately, there was a mouse in the house (shriek!). The mouse died.

3. And what happened on September 19 2008, early in the evening with Uranus 20d24 Pisces? I let myself fall down on my back in my hotel bed and misjudged the distance to the wall (boink!). It caused a slight shock of the brains called concussion, I found out 10 days later. As I did not exactly rest in the following days, the headage is growing still.

URANUS FOR ASTROLOGY
Uranus is also the symbol of astrology. In the intense and hectic times of Uranus'transits, I intensified the study of astrology. In the year of the death of my father I studied the relationship between the elements and aging (or not)**). I also 'discovered' Ebertin in that year. Isn't Uranus also the symbol of all that is 'new'?

When I hit my head it was the eve of the seminar with the famous astrologer Noel Tyl! Uranus is for shocks, shrieks and astrology as it seems... I had a wonderful time in Lisbon. Perhaps the góod side of Uranus is astrology and the bad side is all the rest:)

TAKE IT EASY WITH URANUS
Uranus is causing upheavel, sometimes you become 'news' and often Uranus is making you nervous in times of tension. In those hectic times you might rush things and events, before time is ripe. Untimely and unexpected events are also part of the meaning of Uranus in astrology. It is the surprise that causes the shock. But there can also be an overload of insights (especially when you have a concussion, your brains need a rest!). Or, as the Waterboys sing in a song that perfectly fits the situation of a seminar about the 'stars' and a concussion: 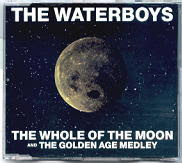 You stretched for the stars
and you know how it feels
To reach too high
too far
Too soon
you saw the whole of the moon!

I did not see a moon, but I saw little stars when I hit the wall in that room 10 days ago! Saturday, October 4, the square of Uranus with my natal Sun will be exact. And there is a final 'hit' (sic...) in December. I am putting a helmet on!

More about Uranus?
Example of Uranus and accidents
And 103 other examples of Uranus at work

*)20d24 Sagittarius should probably be the corrected Midheaven as it corresponds with my mothers'idea of me being born 3 minutes later than the official record says.
**) see Old the article about aging.
Geplaatst door Astromarkt op 7:51 PM