Progressed and natal chart of Prince Harry, the newsmaker 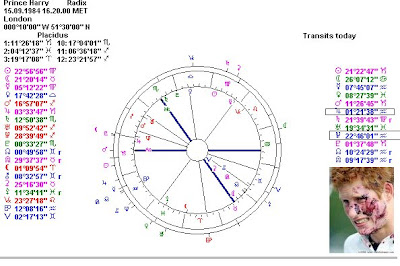 Prince Harry causes another uphevel. Newspapers all over the world bring the news that he apologized for using discriminating names for fellow soldiers. He also made fun of his grandmother, pretending to have a phone call with her and ending with giving his regards to the corgies (her famous dogs who are fed with golden spoons). OK, what is up today in the chart of Prince Harry?

But most of all, look at this progressed chart of Prince Harry. Uranus and MC close together reflecting a longer period of being a newsmaker. 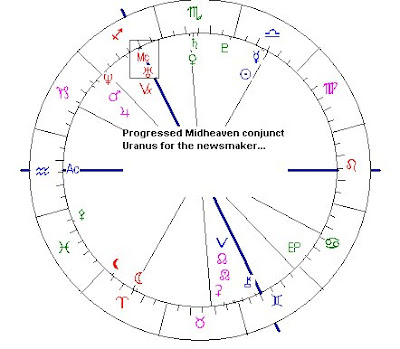 Saturn as calling planet (like in Harry's chart)
http://astropost.blogspot.com/2009/01/when-saturn-is-calling-planet.html

Prince William and the Queen
http://astropost.blogspot.com/2008/06/synergy-of-prince-william-and-queen.html