NEPTUNE AND HOW IT WORKS 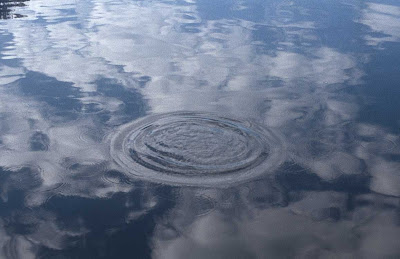 - animal lovers often have an aspect between Sun and Neptune. But an affliction (in transit or progression) sometimes brings animals into the house that you sure won't welcome:)
- too much water (leakage, being incontinent or tears)...Neptune!
- smelly cellars or delicious perfums...Neptune!
Neptune can fade away friendships and undermine fundations. Neptune is the symbol of what is FAKE, the trick, the picture and the movie.

Neptune makes you cross borders and step over them. That is why dreamers, idealists, rolling stones, distant travellers, and users of certain drugs are all part of the Neptune-thing. I know a person who stepped out of bed in the night and his dog took his place in bed. He came back and decided to take the couch! Neptune is unlimited love and adoration. Visions, fantasies and creative thinking...Neptune! And everything that is secret and hidden...also part of the myth and the symbol of Neptune. Ne-ptune might be ne-gative. For example when alcohol is abused or used witout limits or when you are part of a media hype against you (because gossip = fantasy and...Neptune, yes!).

Seduction is Neptunic, because Neptune is also romance. Romance, really, is not true, I am afraid. It is what you make of it. Media and mediums are also Neptunic. If you cannot touch it, feel it or grab it, if is amorph and immaterial...it is Neptune. Scandals are part of this planet's meaning, because what is scandal in one place is nothing elsewhere. Scandal is what you make of it. Sensitivity and empathy are Neptunic, as you just could not point a finger on the effect. It is there, but what is it? If there would be a scientific explanation, it would not be Neptunic. But as long as there is no, yes, it is Neptune working!

Can you imagine that Neptune related to Mercury causes misunderstandings and fabulous stories?
Or that secret actings and acts could be related to Mars with Neptune?

An overdosis of Neptune makes you naive, weak and overly sensitive. You might start copying your friends' behavious or say what the other does not want to mention. Neptune might turn you into a mental sponge.

In November of 2007 a Dutch comedian sort of 'imitated' an elderly singer, pretending that she drank too much. She could not laugh about it at all (as Saturn is oriental in her chart of June 7 1942). The comedian (Paul de Leeuw) started this persiflations in 2002! And kept going on, in spite of her anger and pleas. When he started it she had progressed Sun semi square Neptune. He had progressed Sun opposition progressed Neptune. And in 2007 she had transit Netpune opposition progressed Sun and he had transit Neptune semi square Sun. You see how Neptune works! She is being shown in a negative way and the ultimate effect for him is negative, too (as people generally donot like teasers).

In combination with Jupiter, Neptune works as the immaterial and unlimited part of the convictior or Jupiter brings successes in the field of Neptune. So that popes and monks have the Jupiter-Neptune influence in their charts, but so have those with 'followers and fans'. See for example the article about popes on my site Astromarkt of the article about Tom Cruise and Scientology.
Geplaatst door Astromarkt op 7:14 PM