ASTROLOGY CHART OF JESSE JACKSON
And the Uranus transit... 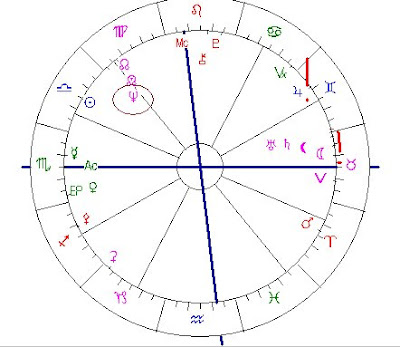 Jesse was on stage and what he said about Obama and his balls was worth an apologie. In the news, in a conflict,...and yes: Uranus (in the 23rd degree of Pisces) is square progressed Sun and inconjunct natal Midheaven AND opposition True Northern Node.

That is an interesting and controversial mixture of Uranus with Sun, MC and Node with an effect that cannot be missed since there are 3 indications***).