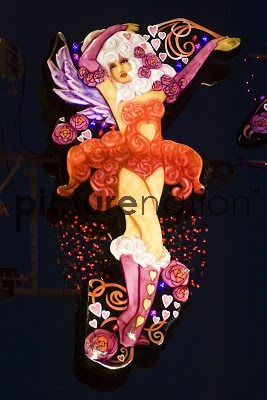 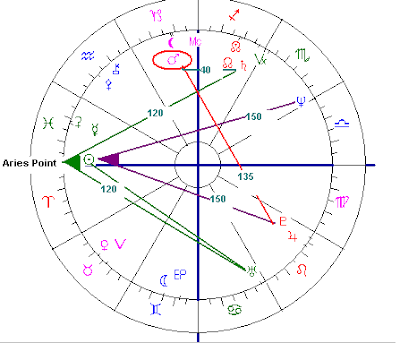 Deborah Jeane Palfrey hang herself yesterday. She ran an escort agency in Washington D.C. (with VIP clients) and was facing a long prison sentence for racketeering and money laundering. Her conviction was on April 15. She never ment to enter jail (again) and we can see the will to be free in her chart.

Palfrey was born on March 18, 1956 in the Pennsylvanian village of Charleroi. That day the Sun was in Pisces, making a Yod with Neptune and Pluto (the inconveniences of money and secrets), and the Sun was trine Uranus (to want to be independant and free).

The Yod is also connected to the oriental Mars (quintile Neptune and sesquisquare Pluto). Mars is the oriental planet, connected to Pluto AND Saturn (40 degree minor aspect) for the combination of unnatural death or very hard battles and struggles. One thing leads to another...

The Sun is biquintile Jupiter and semi square Venus and that points at her succes in her business.

BREAKING FREE
Yesterday transit Pluto was semisquare her progressed Mars and opposition progressed Venus. On the day of her conviction we see Mars sesquisquare Saturn and Saturn square Saturn. It seems she had already warned that she would rather kill herself then go to jail. Not just the Sun trine Uranus tells us that she wanted to be free. Look at Aries Point and the midpoint yod with Saturn and Uranus (Aries Point opposition Saturn/Uranus)...it is the midpoint of the limitions of freedom (and the resistance against it). Maybe Uranus was crucial in her chart (but we donot know without hour of birth).
Geplaatst door Astromarkt op 1:20 PM