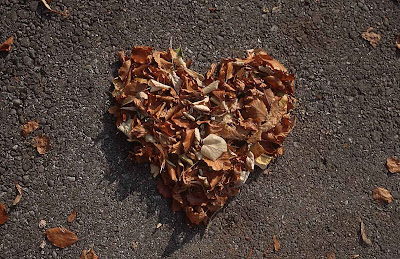 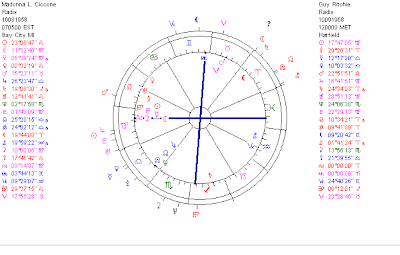 It seems that Madonna (16th August 1958, Bay City, 7:05 a.m.) and Guy Ritchie (September, 10, 1968, Hatfield, time unknown) are not having the most pleasant time of their relationship. Madonna has difficult transits like Uranus inconjunct Sun (not matching will to be independant) and Pluto inconjunct Venus (test for a relationship) and sesquisquare Mars (all in all a difficulty in passion) right now. And the inconjunction is known for ending things. So th e press might be right.
Guy has Transit Uranus inconjunct Mars. I have indicated here before, that Mars-Uranus conflicts are causing trouble in relationships in the birth charts of males. And in their transits. In the charts of females Mars-Uranus might (not necessarily!) indicate the 'wrong' man, sometimes a relationship with a gay man.

What made the couple come together and what is the problem?
His Mars is almost exactly conjunct her Sun. She is the boss.
Her Saturn is square his Sun. She is older.
His Neptune is square her Sun: she is his 'muse', his inspiration.

It does not mean that any relation with an elderly woman is born to die. It means that in THIS situation and relationship it is a possible problem.

Right now, her progressed Sun is in the middle of his Mercury and Venus. His progressed Mars is almost conjunct his Sun and...her Jupiter! It doesnot sound too bad, I am afraid. However: if this is Guy Ritchie first longlasting relationship, their might be trouble. Because he has Moon conjunct Saturn and Venus semi square Neptune (for the artist and for love affairs). Two of the four indications for breaking up!*)


*) The others are Moon afflicted by Neptune and Mars in conflict with Uranus.

PS: What I forgot to mention is the match between them. There is little. The Suns and Moons do not match, neither does Mercury. Venus matches Venus (something had to match, or else they would not have started their relationship). But there is also a wide square between Mars and Mars. Often such a relationship starts with sexual attraction and ends up fighting each other.
Geplaatst door Astromarkt op 7:53 PM