BIRTH CHART OF MIN BAHADUR SERCHAN
and what made him climb Mount Everest at age 76? 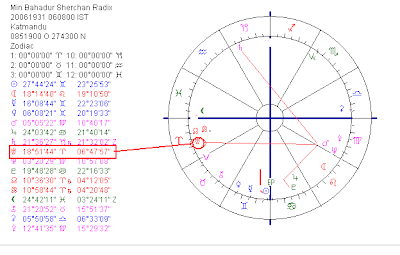 On June 20, 1931 Min Bahadur Serchan was born in Nepal and recently he climbed the 8848 high Mount Everest! He is the eldest men ever who conquered this mountain. And he did it with transit Jupiter conjunct Saturn, for successes at old age:), in the year that his progressed Sun and Venus were conjunct his progressed Mercury to make a wish out of his student years come true. 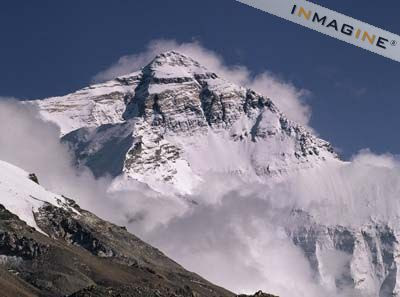 Even for a sherpa and a native Nepalese, climbing Mount Everest at age 76 is extraordinary. What extraordinary indications were there on his day of birth?
- Uranus is the oriental planet.
In my book Astro I.D. (in Dutch) I give several examples of people who became very old and had Uranus oriental. It seems to stimulate vitality.
Uranus is oriental. Venus and Mercury, the planets that rises before the Sun and soon after Uranus, are not exceptional or prominent in this chart, but Uranus is.
- Sun is calling!
There are no major aspects in sign or orb (5d) made by the Sun. The Sun is calling! That means that in this life you might expect leadership, drawing attention, being a star somehow...and apparently, sometime!:)
- Look at Mars...
Sesquisquare Uranus and Saturn, semi square Pluto. He must have had injuries due to a special drive to gain and win no matter how.
- Fanatism
Of course he has a strong will. This is expressed by Sun semi halfsextile Pluto.

As you see, mr. Serchan was born on a special day for special efforts and I bet that the moment that he was born was marked with crucial placements, too.